Our Guaranteed Vanillas - Part 1 - From cultivation to harvest

Of the 30,000 varieties of orchids, Vanilla is the only one that bears fruit. The pods of the Vanilla Planifolia Andrews species are used after ripening for their natural aromatic qualities of extreme finesse so perfectly smooth, in pastry, chocolate, confectionery, cooking and perfumery. It is the most widespread and used aroma.

Vanilla is the sweetest and most refined of spices, while having a powerful aroma. It goes wonderfully with sweet dishes and today's Great Chefs happily combine it with savory dishes. 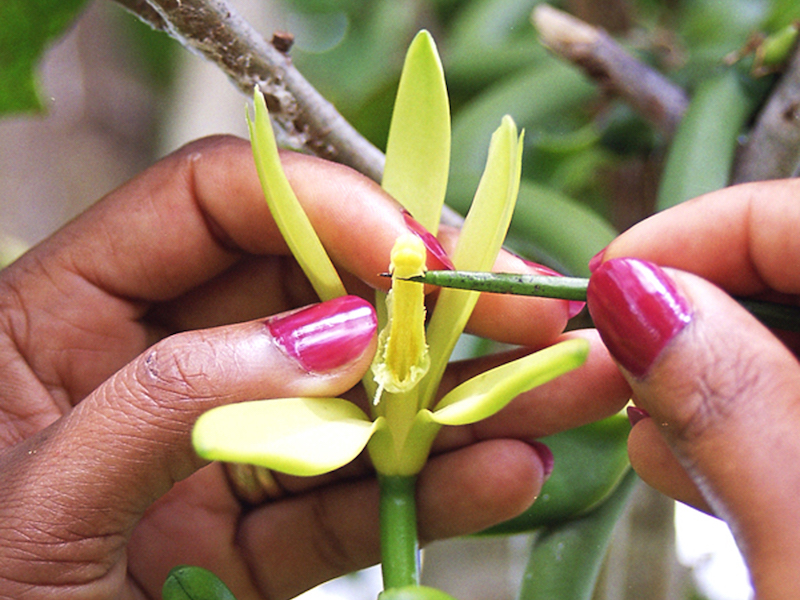 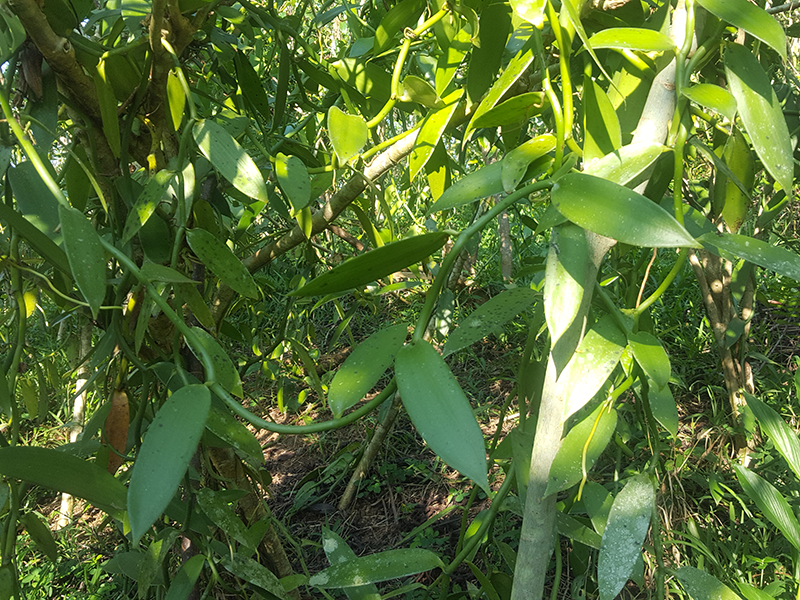 Vanilla creeper in our plantations in Betavilona

Originally from Mexico, the vanilla tree is a climbing vine that can reach five meters. Its light yellow flowers are hermaphroditic.

The Vanilla plant begins to produce flowers from the fourth year of planting.

His acclimatization outside Central America was very difficult, the Mexican insects essential to his fertilization having not been invited to participate in the trip, until a Reunionese, Edmond Albius, rediscovered by chance in 1841.

" During the French colonization in Madagascar, due to the availability of land suitable for this plant, the SAVA region was chosen as the territory for the establishment of vanilla production on a very large scale. in the Indian Ocean.

Our great-grandfather Edouard RAJERA was one of the first farmers to volunteer for this new agricultural adventure.
He chose virgin lands and he created the village of Betavilona "

The artificial pollination of the flowers of this vine is carried out in three stages:

Vanilla flowers bloom overnight and are only fertile for one day. From September to January, the flowers are pollinated during the morning dew. 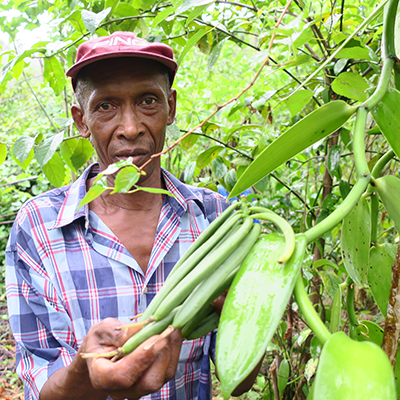 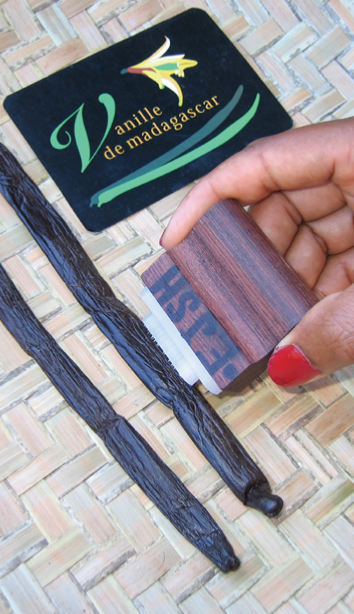 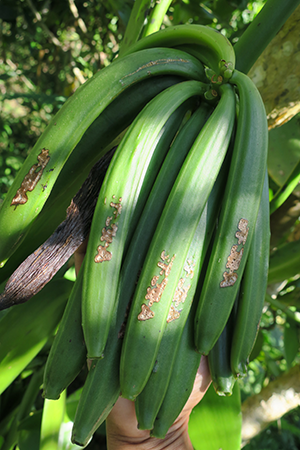 Traces of the Seal of the Planter on Green Vanilla Pods

The cultivation of Organic Bourbon Vanilla in pods conveys a particularly strong image of Madagascar: the association of nature and tradition.

With respect for nature and its protection, the recommended cultivation methods encourage farmers to use free land that is not usually reserved for food crops. As a result, we see the banishment of burning before cultivation and a systematic replanting of trees, gliricidia or coffee trees, thanks to the establishment of tutors, supports for vanilla vines.

An additional innovation is provided by the on-site production of plant materials intended for the production of compost that naturally nourishes the Vanilla plants. Thus no fertilizer, no chemical weedkiller is necessary for the good development of the plant. The soil amendment is of exclusively biological origin.

All of these simple, rigorous and totally natural agricultural techniques contribute to perfect protection of the environment and also participates in the reforestation of the Malagasy rainforest.

Our crops are grown using traditional non-mechanized methods at 300 meters above sea level. It is a very isolated wooded mountainous area, out of reach of urban, industrial and agricultural pollution.

Our Vanilla creepers grow on the trunks of our coffee trees which, in addition to the essential support for their development, offer them light shade and protection against fungal attacks due to rain.

Per inflorescence 8 to 10 pods are only preserved. A vanilla vine can carry several clusters and will produce 3 to 4 kilos of green pods.

In the two months following fertilization, small pods that are unhealthy or damaged by insects are removed to promote the development of the most beautiful ones.

Also each of our plants produces only 100 to 120 pods of 12 to 20 centimeters on average, containing thousands of very small fragrant seeds containing Vanillin.

Traditionally, we mark our green vanilla pods with our Planter seal: E-JSH to guarantee the origin of the product and thus allow its traceability. These are the light spots apparent on some ripened pods.

The production volume is very irregular from one year to the next, because this much appreciated spice is sensitive to climatic variations and bad weather such as the cyclones unfortunately frequent in this region of the Indian Ocean. 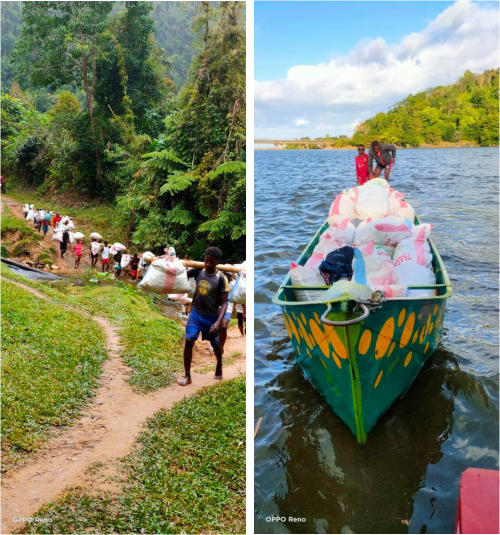 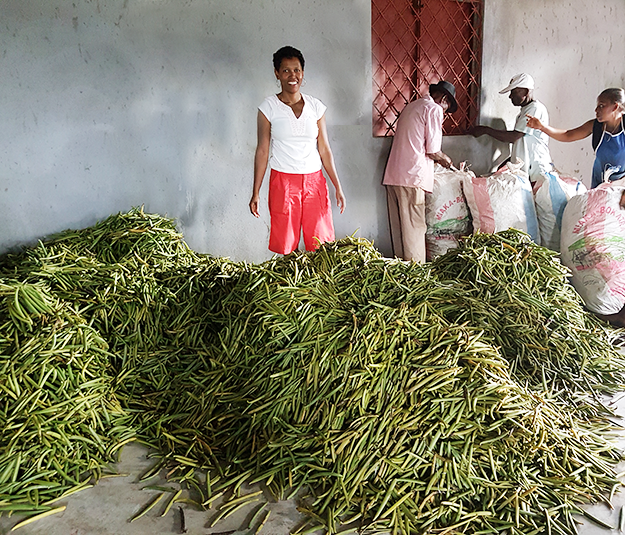 The harvest takes place after nine to eleven months of maturation of the Vanilla pods on the vine. The entire fruit is shiny green with a light yellow head. Very fine streaks appear and the two lines of dehiscence are accentuated. It is at this precise stage that we harvest. In operation

The harvest takes place after nine to eleven months of maturation of the Vanilla pods on the vine. The entire fruit is shiny green with a light yellow head. Very fine streaks appear and the two lines of dehiscence are accentuated. It is at this precise stage that we harvest. By operating earlier or later, defective fruits are obtained.

The mature picked green pods are immediately transported first on the backs of men across the mountains and then by canoe on the Ankavana River, the only link with the coast, to our refining station located in Manambato - Antalaha bordering the Indian Ocean. The trade winds blow on this region throughout the year creating a mild climate very favorable to the processing of Vanilla. The average temperature is 26°C.

A first sorting makes it possible to separate the long pods from the short ones and the split ones for different treatments according to their respective maturity.

"Companies like ours, 100% Family-owned, can only exist by offering extremely quality and rigorously selected pods.

From now on the Malagasy government, associated with professionals in the Vanilla sector, decides for each region on the authorized start date of the harvest in order to guarantee the maturity of the pods and also the unique quality of the Vanillas LAVANY. "

THE NEXT ON PART 2 - FROM REFINING TO DISTRIBUTION